Spectrum policy
What approach to spectrum policy will deliver the most benefits? The answer to that question has changed over the years, moving from command and control to liberalisation and most recently to an emphasis on spectrum sharing. In this article we consider why opinion shifted.
Jun 05, 2019 by Martin Sims Managing Director

Turn the clock back to the start of the twentieth century and the issues that dominate spectrum policy debates are already emerging. From the 1880s the work of Hertz, Tesla and Fessenden and others established the scientific basis for communication using electromagnetic waves and this was commercialised most successfully by Marconi from 1894 onwards.

Are the airwaves the property of the state? Or private property, like land? Or something we all own?

But there was always pressure from agencies of the state to control the use of the airwaves. In the United Kingdom the government did not want radio transmitters to be used by spies. So the Wireless Telegraphy Act was passed in 1904 requiring anyone with a transmitter or receiver to have a licence.

In the United States, the Navy made several attempts to control the airwaves because amateur users were interfering with communications to ships. However, three bill proposals were rejected because lawmakers were concerned about giving so much power to the state.

This state power over the airwaves was the birth of is now called the command-and-control approach. But the commons approach was there as well. The early radio amateurs were sending signals through the air. As governments did not restrict the amount of air we can breathe, the amateurs saw no reason for them to control this other use of a free natural resource. 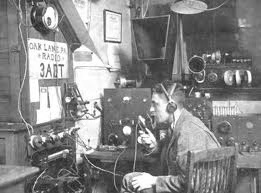 Many radio amateurs saw spectrum as a ‘commons’: a free public space which could be used by anyone without charge or restriction. This approach to spectrum management continues today, most famously in 2.4 GHz, the main Wi-Fi band where permitted powers are so low that the danger of interference is very small.

But not all amateurs were not content with unpaid experimentation, and in the United States, as the 1920s progressed the radio industry boomed, and many went from merely sending messages to playing music, talk-based entertainment and even forms of advertising. Despite operating out of garden sheds, they were becoming what we now know as radio stations.

To be commercially viable these new stations needed certainty about their access to the airwaves. In short, they needed a licence, which would guarantee access for a defined period without interference. In the United Kingdom in 1920, Marconi, that pioneer of commercialisation, sought a licence from the military to transmit music. It was granted, and then withdrawn, and then awarded again when the generals were overruled by the government.

The current spectrum management debates are already there. Are the airwaves the property of the state, like airspace or territorial waters, as the military believed? Or are they private property, like land? Or are they something that we all own, like air or common land? Pioneers tended to give yes or no answers, but as the spectrum policy debate has progressed, the airwaves now tend to be regarded as all of the above, depending on the circumstances.

The era of broadcasting chaos

The command and control approach – where licences would be issued by agents of the state – was set in stone in 1926, in what became known as the era of broadcasting chaos.

The US government refused a licence to the Zenith Radio company who took them to court and won. The ruling meant that the government had no power to restrict radio stations’ use of the air waves: anyone could get a licence. This was the height of the radio boom and more than 200 stations were set up in the next 9 months. Stations turned up the power to blast out their neighbours and started broadcasting on whatever frequencies they chose. It was chaos: commercial stations interfered with each other and with emergency communications.

Other nations were watching closely and the received wisdom was that you could not trust the commercial sector to police itself. The airwaves needed to be regulated and the US soon brought in laws confirming the right of the state to set the technical parameters for licences and refuse them if necessary. 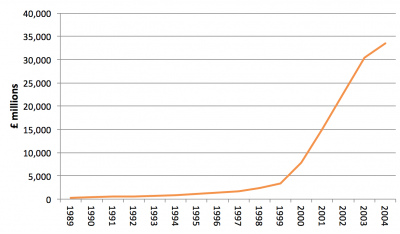 And this command and control approach was how almost all licences were issued until the 1990s, generally at zero cost to the user. It was the arrival of mobile telephony that changed minds: these companies were developing multi-billion-dollar businesses based on spectrum awarded for free. It was time that spectrum was opened up to market forces in the same way that the rest of the telecoms market had been liberalised in the previous decade.

For inspiration policy-makers turned to a 1959 paper by the US economist Ronald Coase, which had been largely ignored. He argued that the era of broadcasting chaos had been caused by the failure to give broadcasters clear property rights like they might have had in land. Spectrum can be treated like any other asset – if you give a broadcaster the legal right to make commercial use of 200-210 MHz they can protect this right by going to court if necessary, just like a farmer could take legal action to stop a neighbour’s cows straying onto their land.

It was a tacit admission that liberalisation alone could not deliver

Give spectrum users those rights and the market, not regulators will determine the best use of the spectrum. Let licences be traded freely and the price mechanism will ensure the most efficient use of the airwaves, Coase argued.

So from the mid 1990s onwards market mechanisms became increasingly  important, particularly for mobile spectrum. The liberalising agenda was:

With these mechanisms in place, in theory ownership of the airwaves should naturally flow to the users or uses that can extract the highest value.

Not all these measures were adopted globally – the most popular were technology neutral licensing and spectrum auctions. The United States led the field, with the United Kingdom following and the European Commission making liberalisation the cornerstone of its developing spectrum policy from the early years of the new millennium. Within a few years all EU countries were required to allow trading and practice technology neutral licensing in the most valuable bands.

The effect of the capacity crunch on spectrum policy 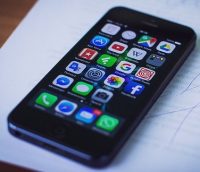 However, around 2009 there was a major setback for the liberalisation project. The iPhone had launched in 2007 and demand for mobile data had grown exponentially leading the mobile industry and regulators to conclude that there was a pressing need for more spectrum to prevent network overload.

The collective response did more than anything else to signal the limits of spectrum liberalisation. Mobile companies did not directly seek to buy spectrum from other users, like broadcasters and the public sector, because in most countries this would not be practically or legally possible. This was true even in the most liberalised markets, such as the United States.

Regulators did not tell mobile operators to source this spectrum through the market. They tried to reallocate the airwaves at a national level as well as sought international solutions by forming common policies at the regional and International Telecommunication Union (ITU) levels.

It was a tacit admission either that liberalisation alone could not deliver, or that it was inherently a slow process, unfit for its biggest challenge so far.

A less dramatic failure for liberalisation has been the limited impact of spectrum trades in Europe. Trades have been allowed in most European countries for over a decade but there have been no voluntary trades in the highest-value mobile bands, unlike the USA or Australia.

As confidence has diminished in the ability of liberalisation alone to deliver a dynamic and competitive market so policymakers’ focus has shifted to encouraging spectrum sharing. If pure financial gain is impractical or commercially unattractive as a means of encouraging incumbents to give up their spectrum, then regulators can require the sharing of spectrum where this will not damage existing services.

The sharing of unused portions of TV spectrum – known as TV whitespace – is one example. This hasn’t been successful in the developed world because digitisation and the repacking of TV signals has reduced its technical potential, but there are higher hopes for the developing world.

Other possible sharing initiatives are Licensed Shared Access (LSA), a legally standardised technological solution which allows sharing agreement promoted by time, frequency or geography and has the backing of the US and the European Commission. It is particularly applicable to 2.3 GHz in Europe, but has hardly been used so far.

The big hope for sharing is the CBRS initiative in the US. This is a three tier approach to spectrum usage, where incumbent users have some spectrum, but other guaranteed rights are auctioned as priority access licences (PALs). Spectrum not being used by PALs  – as well as some additional spectrum – is available for opportunistic access governed by a database to prevent interference to the other two layers.

We have argued that there have been three paradigms in spectrum policy: the first was command and control, which dominated until the 1990s. This was followed by the use of market mechanisms, mainly for mobile spectrum. The third paradigm started around 2015 and has focussed on harnessing the potential benefits of spectrum sharing.

While this analysis shows how policy thinking has changed, we should remember that command and control has not disappeared – it remains the dominant approach for public sector and lower value spectrum. Neither has the use of market mechanisms disappeared: it is used almost globally for mobile licences. Sharing approaches are in their infancy and their likely success will be measured over the next decade, starting in earnest with the launch of CBRS in 2020.

PolicyTracker Blogs
6 GHz benchmark updated
Our new podcast: Spectrum Policy 101
As we ring in 2023, should we re-consider our approach to mmWave spectrum?
3.3—3.8 GHz and 700 MHz were the popular auction choices in the past quarter
Happy holidays to all our readers!
More from blog...