Until the 1990s almost all licences were issued not through spectrum auctions, but using what was is known as the command and control approach. An enterprise seeking access to spectrum would ask the government for permission, which was granted if no one else was using the frequency. There was usually no charge, but there were specific restrictions on power and technology to prevent interference with other users.

Auctions fulfil the same comparative function performed by a beauty contest, in theory allowing the market to test a business plan

In the 1990s, as more spectrum was needed for commercial and non-commercial services, questions began to arise about whether command and control was out of place in a world where spectrum usage underpinned high-growth sectors like mobile and computing. The idea of spectrum liberalisation took hold, and with it, the concept of spectrum auctions.

The dawn of spectrum auctions

The key principle of spectrum liberalisation is that users should pay for their spectrum in the same way they would pay to use any other asset, giving them the incentive to use the spectrum efficiently. 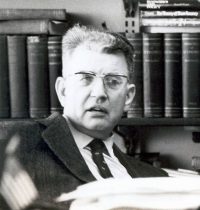 The idea of using price to allocate frequencies was floated by economist Ronald Coase in 1959. His article, “The Federal Communications Commission,” provided the foundation for the development of the “property” school of spectrum management. In the USA in 1993, the Clinton Administration was looking to raise revenue and other means of distributing spectrum licences, such as through comparative hearings or lotteries, had failed. The US Congress temporarily authorised the Federal Communications Commission (FCC) to hold a spectrum auction in 1994, and its success led lawmakers to make such auctions mandatory in 1997.

Interest in auctions surged as the idea of applying economic theory to the use of the airwaves became increasingly popular. By 2000, it was inspiring a global array of liberalisation measures, among the most popular spectrum auctions. The US led the field, followed by the UK, with the European Commission making liberalisation the cornerstone of its developing spectrum policy from the early years of the new millennium. By the second decade of the 21st century, auctions had become the default assignment process for high-value spectrum, particularly for mobile licences.

Prior to liberalisation, high value spectrum was often awarded through the so-called “beauty contest” (“administrative assignment” is the official term).

This is a tendering process where competitors submit bids in which they try to persuade regulators that they should receive a given block of spectrum. The bids are evaluated according to a set of criteria that reflect whatever a regulator’s policy goals are. By contrast, in an auction, the only criterion is the price bidders are willing to pay.

The SMRA is the most widely used spectrum auction format

But beauty contests have three main problems. They are slow, insufficiently transparent (paving the way for lawsuits), and provide an incentive for winners to over-promise and under-perform. Ditto for lotteries, which the FCC used in 1982 and which failed to speed things up while creating even more serious problems.

Auctions, on the other hand, fulfil the same comparative function performed by regulators in a beauty contest, in theory allowing the market to test an entity’s business plan. They are also quicker and offer a huge windfall for government treasuries.

The different types of spectrum auctions

The SMRA is the most widely used spectrum auction format, and was adopted by the US in 1990s. One advantage of the SMRA is that winning bidders get individual licences to operate in the specific frequency ranges that they were bidding on. By contrast, an advantage of the ACA is that it allows competitors to seek packages of similar spectrum rather than being “stranded” on just one frequency.

Are mobile operators spending so much money buying spectrum licences that they can’t afford to build out networks?

But the times may be a-changing. The philosophy behind CCA is to enable bidders to bid for different combinations of spectrum blocks, and if the value of a particular band depends on how much the bidder obtains of different bands, the combinatorial bid can express the true value of the spectrum, according to Copenhagen Economics consultant Henrik Ballebye Okholm. In theory, CCAs also foster spectrum efficiency because bidders can only win specific spectrum if it’s worth more to them than rivals.

The format is viewed as very complex but the hope was that this complexity would be balanced by better outcomes, says Dennis Ward, a former Industry Canada auctioneer and now an independent consultant.. Several spectrum administration chose the format around 2008-2013, including Switzerland. Its 2012 auction of spectrum in the 800 MHz, 900 MHz, 1800 MHz, 2.1 GHz and 2.6 GHz bands raised CHF 996.3 million (€824.7 million) but its skewed results showed the downside of CCA. Operators Orange and Sunrise won 160 MHz but Sunrise paid €270 million more. In fact, Sunrise even paid €100 million more than Swisscom, which won 255 MHz of spectrum. This was because Sunrise’s rivals’ second prices were dramatically lower than their first prices.

Another example of an auction gone awry were the 1996 FCC wireless personal communications C-block auctions. They were open only to entrepreneurs, who could take advantage of 10-year instalment payment plans at government-subsidised borrowing rates. Bidding credits were also made available to designated entities. The result, as laid out in a 2005 Congressional Budget Office paper, was that “the initial C-bock auctions put relatively few licenses into the hands of bidders that could actually pay for them.” A large proportion of firms over-bid, then defaulted or went bankrupt: the Entrepreneurs auction led to unused airwaves rather than assigning spectrum to the most efficient users.

Some countries are now shifting to simpler formats such as SMRA or Sealed Bid Combinatorial Auction (although other administrations continue to opt for the CCA).

Auctions, which in recent years have been considered the best, most efficient, mechanism for awarding spectrum, are now the subject of a range of policy debates.

One major discussion centres on whether auctions lead to overpriced spectrum. A 2017 study by PolicyTracker for the European Commission showed an association between poorer 4G network availability and higher auction prices, suggesting an impact on investment.  The question here is whether mobile operators are spending so much money buying spectrum licences that they can’t afford to build out networks and expand coverage.

Another controversial issue is whether high prices for spectrum adversely affect communications markets. Here, the question is the extent to which spectrum prices are a sunk cost. The mobile sector generally believes that steep spectrum prices hurt consumers and that efforts to maximise revenues from auctions can harm the wider economy. A traditional view in economics is that sunk costs are a precondition to market entry and do not affect charges to consumers. If this is correct, there is no problem with using an auction design that raises more money for the government. For those of the other view, higher prices would result in adverse consequences.

Hanging over these disputes is the overarching question of whether it is possible to boost competition without spectrum auctions.

Former Ofcom chief technologist, Professor William Webb, argues that auctions have become litigious, time-consuming to arrange, burdensome for  the regulator and industry, and with uncertain outcomes that can slow investment. A better mechanism might be for regulators to directly assign equal amounts of spectrum to incumbents. Counterarguments are that such assignments forego auction fees and could hamper new entrants.

Another viewpoint is that the conventional approach to licensing spectrum has not achieved coverage and rollout policy objectives. Gerárd Pogorel, emeritus professor of economics and management at  Telecom ParisTech,  for example, notes there appears to be momentum to explore innovation in assignment processes and conditions, such as auctions on coverage obligations as opposed to frequency fees with coverage obligations, or even fee waivers to favour investments.

PolicyTracker Blogs
It's too early to dismiss spectrum sharing
Book now to save on our valuation, auctions and spectrum policy courses
The telecoms industry has kept going green in 2022
Training courses aimed at Asia and Middle East being held in December
New CBRS research notes added
More from blog...