5G verticals
The latest mobile generation differs from its predecessors because as well as providing connectivity it relies on finding business in new markets such as industry, transportation and healthcare: known as 5G verticals.
Jun 14, 2019 by Richard Handford Asia Editor

Industry verticals, such as the automotive, healthcare or electronics sectors, are widely considered as central to 5G take up, at least initially. This note explores why 5G verticals are viewed as so important, and whether they can deliver what is expected of them.

Supporters believe the combination of 5G and IoT will be transformational, fostering a fourth industrial revolution.

Historically, mobile communication has been used by individuals. Mostly these individuals have been consumers, using a mobile device for their own interests. At other times they have been business users with a device issued to them by their employer. In the latter case, their usage was dictated by their jobs.

In the initial analogue days of the mobile industry in the 1980s, business users drove the marketplace but were latter surpassed by the mass adoption of mobile phones by consumers. That process started with the advent of GSM digital phones, also known as 2G, in the early 1990s. The consumer continued to hold sway through the arrival of 3G in the 2000s and afterwards 4G in the 2010s. 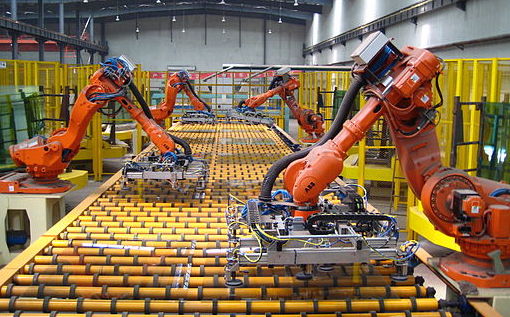 Now the mobile industry faces a discontinuity. 5G will be different, say experts, because businesses will be back in driving seat. But this time the emphasis is less on connections to individuals than enabling objects or industrial processes to communicate.

This trend crosses over with another shift for the mobile industry, the Internet of Things, or IoT. Supporters believe the combination of 5G and IoT will be transformational, fostering what is sometimes termed a fourth industrial revolution.

5G’s extremely high bandwidth will be central, as well as another feature of the new technology: its low latency, which means the ability to send a large amount of data with a minimal time delay.

Low latency has the potential to enable 5G to support various use cases. Oft quoted examples are from healthcare: a western surgeon remotely conducts surgery on a patient in the developing world. Or the mining sector, where an engineer could manoeuvre heavy equipment, such as large trucks or diggers, in a remote part of Australia from their comfy office chair in Sydney or Melbourne. Low latency will be crucial to some, but not all 5G applications.

…self-driving vehicles are often tipped as a prime market

This theorising about 5G verticals is also based on another, less optimistic, supposition: that consumers will not be attracted in sufficient numbers to the new technology, which initially will retail at relatively high prices, for the mobile industry to make a healthy return on investment. Current 4G speeds are sufficient for most applications, the theory goes, and consumer demand for 5G will come only later when prices drop.

This vision for the 5G marketplace is supported not just by the mobile industry, such as MNOs or handset and network equipment vendors, but is also the standard view of consultants and analysts. Significantly it has also been bought into by governments. Wealthy countries, such as the US and those in the European Union see backing for 5G verticals as a means to maintain prosperity while many in other parts of the world, such as Asia, see a means to climb the prosperity ladder by making national industries more competitive.

And what about industry? After all, they are the people who will deploy 5G (and pay for it).

The road ahead for 5G verticals

Commitment by industry is of course vital. Interest varies by sector. Autonomous, or self-driving, vehicles are often tipped as a prime market. Yet the automotive industry faces significant challenges to overcome in its pursuit of self-driving vehicles.

Obstacles include fragmentation, both in terms of technology being deployed (C-V2X versus DSRC), as well as choice of radio frequency. In addition, it is unclear who will foot the bill to build the roadside infrastructure needed to support such services.

Some countries are backing the award of localised spectrum to verticals but others have not, citing a lack of demand

More promising might be the application of 5G in a factory setting. German giant Bosch has talked about 5G as a means of enabling productivity increases worth trillions of euros. Certainly using 5G instead of fixed fibre cabling would enable greater flexibility for manufacturers, enabling factories to become smarter.

So how to enable such a vision? One model is setting aside part of the spectrum for industry to use on a localised basis. This would enable companies to acquire their own spectrum, so bypassing the traditional mobile industry, an outcome which alarms MNOs since they would earn little or no revenue from such an arrangement.

Some countries, including Germany, Japan, the Netherlands and Hong Kong, are backing the award of localised spectrum to verticals. But others who one might expect to go the same way, such as France and South Korea, have not, citing a lack of demand from industry. So the picture is mixed. One thing is certain about calling the outcome – technology predictions rarely pan out as the soothsayers yearn for, and never in a convenient timescale. That is also likely to be the case with 5G verticals.•

PolicyTracker Blogs
The 5G spectrum coordination challenge seems bigger than ever for Russia's neighbours
6 GHz benchmark updated
Our new podcast: Spectrum Policy 101
As we ring in 2023, should we re-consider our approach to mmWave spectrum?
3.3—3.8 GHz and 700 MHz were the popular auction choices in the past quarter
More from blog...