WRC-23
The ITU-R holds a World Radiocommunication Conference, known as a WRC, every three or four years.  This note explains what a WRC is, and what we might expect for WRC-23.
Jan 23, 2020 by Toby Youell Research Analyst 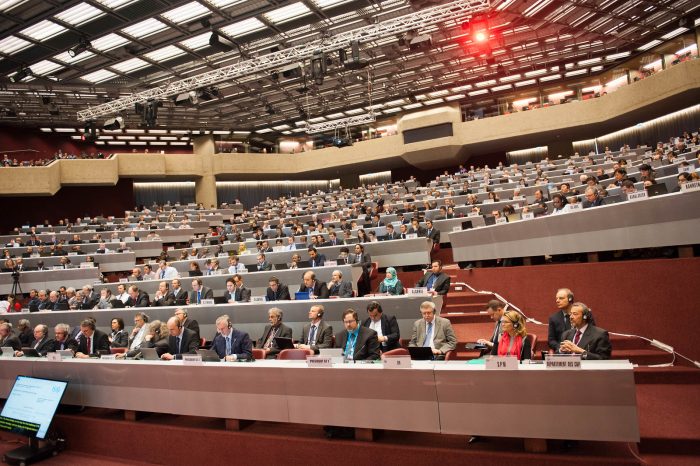 World Radiocommunication Conferences (WRCs) are the only instruments that can amend the Radio Regulations. These are convened by the radio division of the International Telecommunication Union, a specialized agency of the UN known as the ITU-R, every three or four years. WRCs are often held at the ITU-R’s headquarters in Geneva but the last one, WRC-19, took place at Egypt’s Sharm El Sheikh beach resort, in October and November 2019. The next one’s location has been not decided, but it will take over four weeks in 2023.

Each WRC contains an agenda item 10, which calls for the drafting of future agenda items. Agenda item 10 is often one of the most contentious discussions.

For example, WRC-19 agreed that WRC-23 will study potential IMT identifications (meaning mobile broadband) across several bands between 3.3 GHz and 10.5 GHz. In November 2019, CPM23-1 delegated the issue to a sub-group of Study Group 5, which deals with terrestrial services.

The Study Groups develop possible Methods, taking into account contribution from any interested party, and including input from study groups for different industries. For the IMT agenda item, (AI 1.2), technical and operational characteristics needed for sharing and compatibility studies must be available by June 2021.

All of these Methods are collected in a CPM Report, which will be put together at a second Conference Preparatory Meeting held several months before WRC-23 itself.

The mobile industry has often sought to take advantage of this by changing the Regulations’ footnotes so as to “identify” a band for IMT, which is ITU-jargon for mobile broadband.

WRC-23 is no exception to this trend. It will consider:

Region 1 refers to Europe, the Middle East, and Africa, Region 2 to the Americas, and Region 3 to the Asia-Pacific area.

Despite the high profile C-band and 6 GHz, PolicyTracker understands that the most controversial IMT-related item—and perhaps one of the most difficult at the future conference—will be the study of fixed service bands for IMT fixed wireless access (FWA).

It is understood that studies over the next four years will focus on what IMT in the fixed service actually means, with concrete proposals coming forward in the 2023-27 period.

An agenda item on the future of the 470 – 960 MHz band in Region 1 is also likely to generate a lot of interest.

There will also be discussions on drones and high altitude platforms as base stations, among other topics.

Information about the results of WRC-19 are available here, while a summary of WRC-23 agenda items is here.

PolicyTracker Blogs
6 GHz benchmark updated
Our new podcast: Spectrum Policy 101
As we ring in 2023, should we re-consider our approach to mmWave spectrum?
3.3—3.8 GHz and 700 MHz were the popular auction choices in the past quarter
Happy holidays to all our readers!
More from blog...