The mobile reality for starstruck Leo satellite investors
May 28, 2020 by Richard Handford

The next generation of low Earth orbit (Leo) satellites may have fascinated the business community but they are a long way from offering commercial services, as our latest research shows. History may not be on their side but there is no need for despair.

Investing in a global mobile satellite system is one of those activities, like acquiring an international airline or English Premier League football club, that can seem more like an act of faith than a hard-headed business decision.

Elon Musk, one of the devotees, recently pointed out that no Leo-based constellation has ever not gone bankrupt. The history of insolvency stretches back to the 1990s, when the likes of Iridium and Globalstar crashed and burned. Of the current generation of projects, UK-headquartered OneWeb entered chapter 11 in March this year.

PolicyTracker’s new Leo satellite tracker, part of our Spectrum Research Service, reveals the challenges in getting such complex projects off the ground. It shows how billions of dollars are needed to provide global coverage through a constellation of hundreds of thousands of satellites. Only one scheme is currently commercially available. We will regularly update the tracker to chart industry progress. 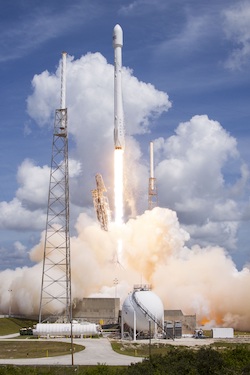 Not everything is pessimistic. Two of the 1990s pioneers, Iridium and Globalstar, did rise again as more modest endeavours and are currently trading successfully.  And Musk is not totally right about all Leo satellites ending in bankruptcy. Twenty years ago a venture called Teledesic, whose backers included cellular pioneer Craig McCaw and Bill Gates, actually wound itself up and returned cash to shareholders. It may seem pedantic to point out the difference between bankruptcy and voluntary liquidation but it shows rational behaviour is possible in a world noted for a good deal of exuberance.

Starlink, Musk’s own satellite broadband venture being built by his SpaceX firm, is making progress. By the end of April, it had launched 422 satellites, with a final target of 12,000. It is aiming for a service launch in North America by the end of 2020. Its CEO has previously put a figure of “about $10 billion” on the cost of the project, which will operate in Ku/Ka-band frequencies.

Other less high profile schemes are moving forward too. Canada’s Telesat is aiming for initial service using 78 Leo satellites in 2022. The ultimate size of the constellation will be 298 satellites. The firm, which is majority controlled by vendor Loral Space, operates in the Ka-band. Since the launch of a test satellite in 2018, Telesat has run demonstrations with three mobile network operators (MNOs): Optus, Vodafone and Telefonica.

A new kind of partnership with MNOs, particularly as we move into the era of 5G and beyond, is the future for these ambitious global mobile satellite ventures. There are other examples in our Leo satellite tracker of the two sectors working together.

The original Leo vision was about providing phone coverage for aid workers and foreign correspondents tramping the remotest parts of the world. Now, it might be as likely to be used for broadband to ordinary citizens or small firms in a rural backwater (as in Europe or the US). Equality of coverage between city and country has become a pressing issue for MNOs as they feel political pressure from above in a way no one imagined in the 1990s. Leo satellite coverage can fill a quantifiable need this time. It does not have to be a moonshot.