An O2 network failure in the UK has shown how mobile underpins vital infrastructure but is Huawei the right target for our national security fears? Even the EU is now expressing concerns. Chinese technology companies are an emerging powerhouse and banning them may soon be impractical as well as self-defeating.

On Thursday, millions of smartphone users in the UK lost their data services after the O2 network suffered technical problems.

While the problem only lasted a day, it was one of the biggest mobile network outages because it hit the many external services that rely on the operator’s data network. 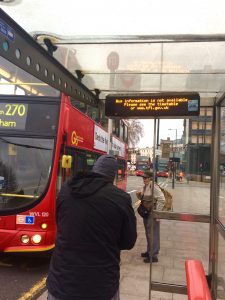 Services like Transport for London’s (TfL) electronic timetable at bus stops and its rent-a-cycle network were severely affected, with customers unable to check bus arrival times or hire bikes due to malfunctioning terminals.

Uber and ComCab drivers reported that they were missing trips, while off-street parking meters in Scotland were also down.

Card payment terminals and smart meters have also been affected by the network failure, with the problems put down to a software update from Ericsson. But how serious will it be when a 5G network goes down?

As companies put smart sensors into everything and 5G becomes the connective tissue for the Internet of Things (IoT), can governments afford future failures?

Is now the time to intervene, despite the industry’s opposition to wholesale and roaming obligations?

The blackout raises questions over the future of mission-critical applications. What will happen when 5G networks underpin a country’s water supply, electricity grid, emergency services and even self-driving cars?

The world’s largest telecommunications equipment firm, which has been blacklisted by several countries, could now face a ban from the UK government. Telecoms firm BT is already in the process of removing Huawei’s equipment from the core of its existing 3G and 4G operations.

The concerns come after the Trump Administration persuaded western allies to avoid using Huawei equipment when upgrading services to 5G. There are fears that controlling the gear gives Huawei the ability to conduct espionage and sabotage communications as more things become connected to the network.

However, there is no evidence of backdoor malicious intervention. A report published by an official watchdog that monitors Huawei’s UK products and is overseen by the government’s National Cyber Security Centre has only pointed out shortfalls in the company’s engineering practices which could lead to vulnerabilities.

As the Future Telecoms Infrastructure Review looks into enhancing security in 5G rollouts, EU technology commissioner Andrus Ansip has said there are reasons for concern about possible security risks from Chinese telecoms firms.

Has Ansip dropped a hint about a future pan-European system to coordinate the scrutiny of foreign investments flowing into Europe? While that seems unlikely, it is now clear that mobile networks are becoming a national security concern.

Should we worry about Huawei? Robert Hannigan, a former director of GCHQ, the UK’s electronic surveillance agency, told the BBC that it would be crazy to cut ourselves off from all Chinese technology because in the future this will be not just the cheapest but in many areas the best.

Isn’t it time for an evidence-based approach to the security of networks, based on independent testing of equipment from companies which are prepared to cooperate? Anything else looks suspiciously like a backdoor way of damaging potential competitors.•