Alan March, who has died at the age of 56 after a short battle with cancer, had a rare combination of talents. He was very successful in raising the profile of the programme-making and special events (PMSE) sector in the spectrum world and in gaining recognition for the important contribution it makes to economies and national cultures. He doggedly argued that regarding PMSE spectrum as less important would have damaging social consequences but initially it seemed he was pushing a steam train up a hill.

However, after a couple of years, I heard a European Commission presentation talk about wireless microphones being an essential component in the theatre, events and live music industry, a sector worth billions of euros. “That’s Alan talking!” I thought.

It seemed to mark the point at which PMSE got a place at the table in important policy discussions, an achievement which owed much to Alan’s strength of character. He put forward the case as robustly as possible, not afraid to make his points in any setting or company. But his personal warmth also shone through.

“While others, arguing their case, seemed to do it because they were being paid for it, Alan always seemed to do it because he loved the industry and felt deeply about making sure it was protected,” said Professor William Webb, until 2011 a director at UK regulator Ofcom, where he had many debates with Alan. “But he could also laugh, at himself and at others. The regulatory world has lost a character and a gentleman.” 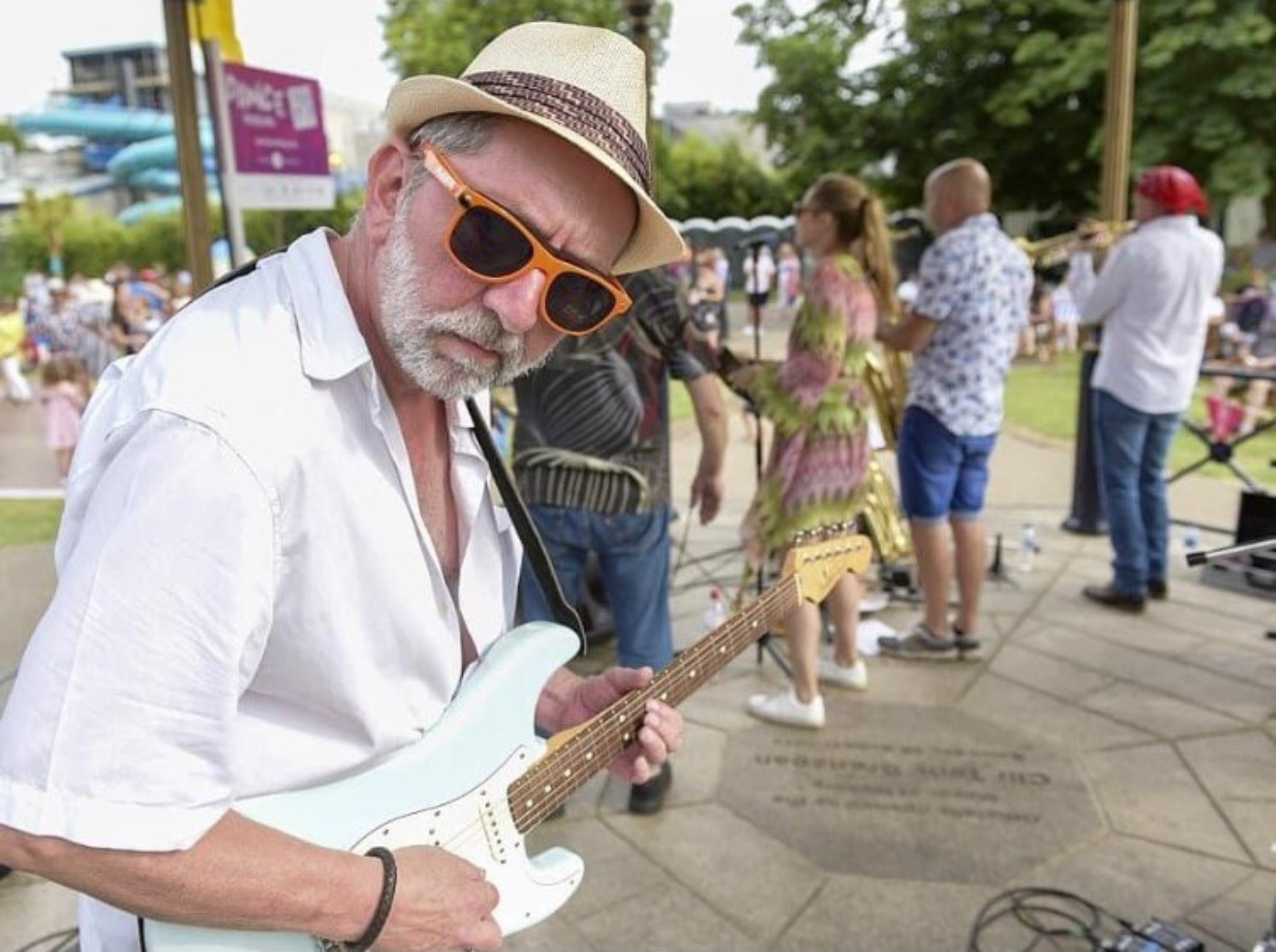 Since 2008 Alan had worked at Sennheiser, and Dr Andreas Wilzeck, the company’s head of spectrum and innovation, said he “was full of passion in his mission to protect radio frequencies for creativity and culture. We not only lost a friend, but also a strong advocate of our industry”.

Beyond spectrum policy, Alan had another life as a musician. He had played in bands since his teenage years and the last time I saw him, our lunch discussion quickly turned from spectrum to guitars. He was very familiar with the archtop I had recently bought and was soon showing me photos of his extensive guitar collection.

He told me a brilliant story about playing in a ska band in his youth and being invited to play at a festival on the Caribbean island of Antigua. The band were put up in the organiser’s palatial sea view mansion but on the day of the festival, there was no sign of a stage, PA or facilities. “Don’t worry,” said the organiser “they’ll turn up.” At three in the afternoon, pick-ups started arriving with huge speakers and around sunset, it was all ready and the festival continued all night.

Most recently Alan was lead guitarist with Groove Manoova, who played frequent gigs mainly near his home in Kingston in south London.

Alan died on 30 May. Kate, his wife, has set up a website that celebrates his life and Sennheiser has created a JustGiving page to raise money for Kingston Hospital Charity, to recognise the support their acute unit gave to Alan and his family.•