An introduction to spectrum refarming
Jul 28, 2022

How the format of spectrum auctions is evolving
Jul 25, 2022

A surprise outcome of WRC-15 was that it declined to set up an agenda item at WRC-19 that could allow mobile broadband to operate in the 28 GHz band. Instead, studies for WRC-19 on IMT (ITU-R parlance for mobile broadband), focussed on different mmWave bands, particularly 26 GHz.

Several countries, such as the United States and Japan, decided to ignore this inconvenient decision and award licences in the band anyway. This was not illegal, because the Radio Regulations are not mandatory domestically and there is in any case a mobile allocation at 28 GHz. But it is not in line with the spirit of the ITU-R Radio Regulations.

The rest of the world, especially in Europe, proceeded to award the 26 GHz band.

But as we reveal in our 26 GHz and 28 GHz band benchmark, the two bands are not mutually exclusive. In fact, as the map below shows, many countries have awarded both bands. 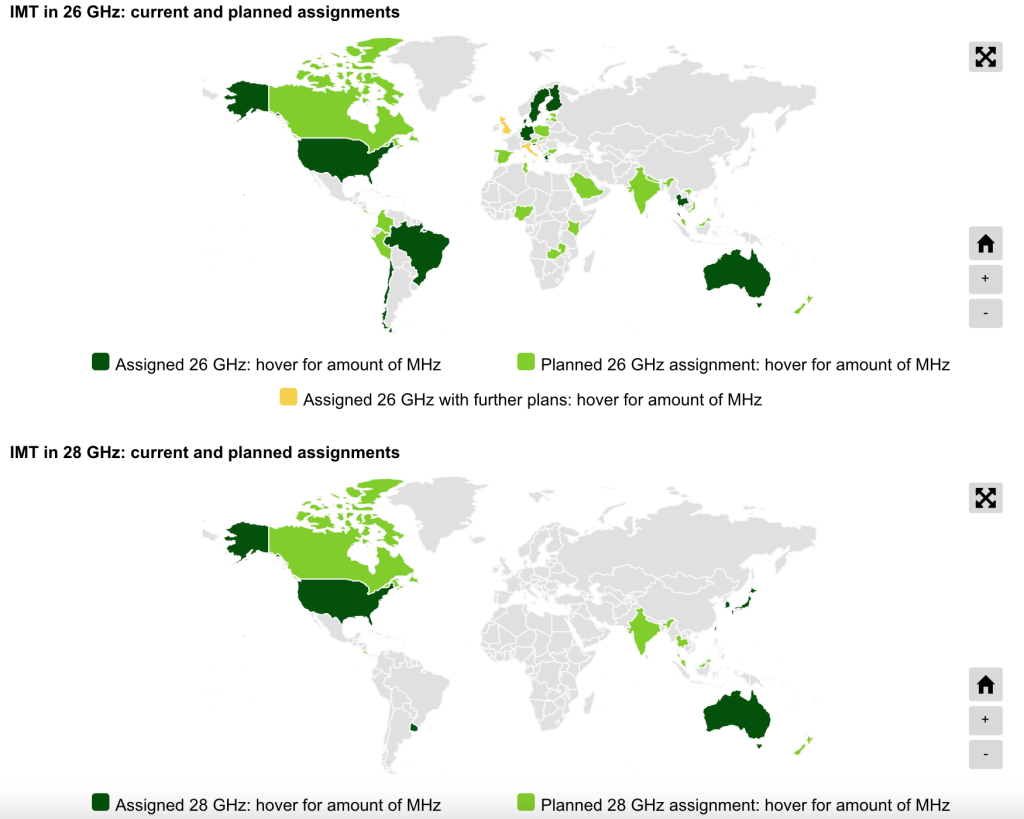 One of the 28 GHz band’s biggest boosters at WRC-15, the United States, ended up awarding both bands.

In fact, only four countries have awarded only the 28 GHz band without the 26 GHz band too. Who are these 28 GHz band purists? Japan, South Korea, Taiwan, and Uruguay.

PolicyTracker Blogs
Trust in market mechanics—how spectrum policy differs in the US
Industry hopes 6G will not be targeted by conspiracy theorists
Video preview of the Understanding Modern Spectrum Management training course
ITU deputy secretary candidates agree on the big issues – but how will they tackle them?
So tell me what you want, what you really, really want
More from blog...