ITU deputy secretary candidates agree on the big issues – but how will they tackle them?
Jul 22, 2022 by Richard Haas

The candidates have told PolicyTracker that climate change and the digital divide are the biggest challenges facing the ITU. They each suggest unique solutions.

The next ITU Plenipotentiary Conference is taking place in late September in Bucharest, Romania. During the event, ITU members will vote for those they want to see in a wide variety of roles, including the secretary-general and the directors of the Radiocommunication, Standardization and Development Bureaux (BR, TSB and BDT).

PolicyTracker spoke to the candidates running for the second-in-command role of deputy secretary-general. While they agreed on the biggest issues facing the organisation, they each offered up different perspectives on how to best solve them.

The threat of climate change is a major point of focus for all the candidates. Lithuanian candidate Tomas Lamanauskas describes climate change as an “existential challenge” facing humanity. Part of Lamanauskas’s climate policy is to look inward. He says every decision made by the ITU needs to take climate considerations into account.

“The deputy secretary-general is like the chief operating officer of an organisation that tries to ensure that organisational priorities are set and met,” says Lamanauskas. “It’s very important that the climate crisis is not just a topic, but something that permeates the whole of the ITU.” 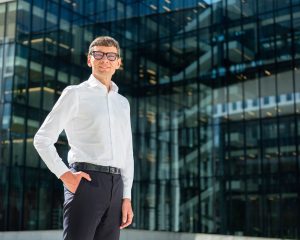 Lamanauskas points to 5G as an example. Although 5G is more energy-efficient than older technologies, researchers have suggested these energy-saving effects could be offset by the global rise in data traffic that may accompany it.

Lamanauskas also says that the mobile industry can’t “hide behind the fact” that digitalisation leads to CO2 reductions for other industries. “If we want to go to net zero, that’s not good enough,” says Lamanauskas. “We really need the industry to be sustainable.”

Rival candidate Gisa Fuatai Purcell is the chief executive officer of the Samoan telecommunications regulator. Despite its small population of 200,000, Samoa takes an active role in the ITU and World Radiocommunication Conferences (WRC).

As an island nation, Samoa is uniquely affected by climate change. By 2030, it’s estimated that the island’s surrounding sea levels will rise by 17 centimetres. This elevates the risk of coastal flooding and storm surges.

Purcell says ICT policy can help in times of crisis. She points to an agreement reached with the country’s mobile network operators (MNOs) to ensure networks remain functional and disseminate SMS warnings.

“We had an agreement with mobile operators to send free messages, and make sure the networks are open in case of a disaster,” says Purcell. This proved vital when a tsunami struck Samoa in 2009.

Deputy secretary-general candidates also agree that tackling the digital divide is one of the most important roles of the ITU. The ITU’s most recent estimates suggest that almost 40 per cent of the world’s population—2.9 billion people—have yet to use the internet. 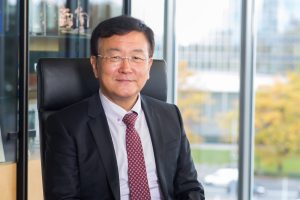 “There is no doubt we have to provide connectivity to those unconnected people,” says Lee. “But also, we have to take into account how we can improve existing services, specifically taking into account elderly people and young people.”

Lee is currently the director of the ITU Telecommunication Standardization Bureau (ITU-T). “At my bureau, we have been working very hard on this,” says Lee.

During the UN-sponsored World Summit on the Information Society (WSIS) in 2003, Purcell successfully advocated for the text of the declaration of principles to specifically mention different types of developing countries.

“I was asked by the chairman to come up with the language in the working group and that’s the language that was agreed on for paragraph 16,” says Purcell. 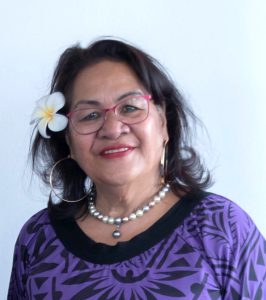 Lamanauskas, meanwhile, says encouraging more private sector investment is the most important factor in tackling the digital divide. In particular, the ITU should embrace new sources of investment.

“Traditionally there were telecom operators, development banks, a few digital companies,” says Lamanauskas. “But now we have infrastructure funds, private equity funds. And that new community honestly doesn’t know much about the UN agencies and doesn’t have much experience engaging with them.”

It’s crucial to bring them to the table “because that’s where a lot of potential for investments comes from,” he says.

The final deadline for candidates to apply to take part in the elections is in August, so it is possible that more will be announced before the conference.•

PolicyTracker Blogs
5G spectrum assignments stall worldwide, but Europe keeps selling C-Band
Trust in market mechanics—how spectrum policy differs in the US
Industry hopes 6G will not be targeted by conspiracy theorists
Video preview of the Understanding Modern Spectrum Management training course
ITU deputy secretary candidates agree on the big issues – but how will they tackle them?
More from blog...